When an 87 year old woman went missing, an unexpected hero stepped in

ABC News reported recently, that 87 year old Doreen Mann was stuck in her bath tub for four days, when she found she could not lift herself out one morning. 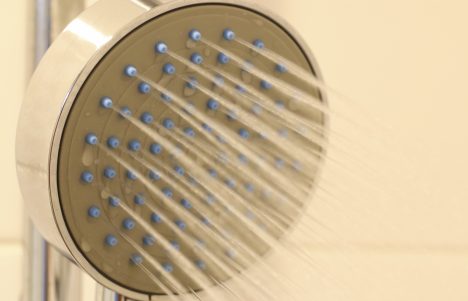 It was 39 year old Sonia Congrave, who called police, gave them her address, and then made sure that Doreen would feel safe again, by buying her a mobile phone.

Who is Sonia Congrave? Doreen’s daughter?  Maybe even her grand daughter?  Perhaps a well meaning neighbour?  Nope.  None of the above.

Sonia Congrave is a waitress at Doreen’s local cafe, Tomassi’s in Southend in the UK.

Most of us are lucky if our local café gives us an extra free stamp on our loyalty card, but not Sonia. Turns out she had much more to give.

The report said that Sonia noticed Doreen’s absence and became worried for her safety. When she realised that she had not seen Doreen in three days, she called the police.

ABC News quotes Sonia, “She didn’t come in for a few days and then she didn’t come in on Saturday like she always does, but I thought perhaps her cousin from Chelmsford was visiting her,” Sonia Congrave said.

“On the Monday she didn’t come in and the best thing I did was call the police because I was concerned and luckily I had her address so the police went to check if she was ok.”

At Care Connect, we think that what really shines here is Sonia’s genuine compassion, care, and interest in her 87 year old customer’s well being and happiness.

The report went on to say that Sonia said Doreen had bruising on her knees after trying to get out of the bath, and survived by drinking water from the tap, and covering herself with towels or topping up the hot water when she got cold.

“All she wanted afterwards was her cake and a cup of tea,” Sonia said.

Sonia said she had since bought Doreen a mobile phone in case of any emergencies in the future.

As technology makes the world smaller and brings us all closer together, it can never replace the big hearts and generous spirits of everyday heroes like Sonia.

Sonia Congrave has just lifted the bar, not just for cafes, but for all of us, showing that care and concern are never misplaced.

What a great example of compassion, Sonia. Care Connect applauds you.