Connection to family and community, vital to happiness as we age, says new report

Older Australians are enjoying a much higher level of happiness, compared to younger people, according to a new study from the Australian Psychological Society. 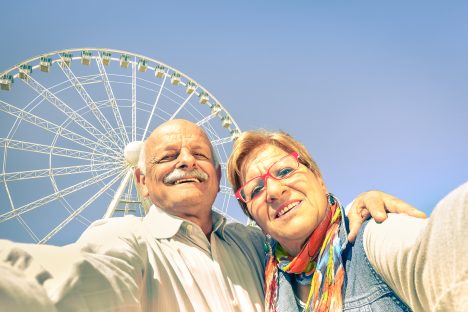 Australians aged 65+ have significantly higher levels of wellbeing and lower levels of loneliness and negative emotions than the rest of the population.

The survey also found that connectedness with family, friends, colleagues and the broader community are related to greater wellbeing . This is why Care Connect believes so passionately in empowering older Australians to be able to live at home for life, in the community they know, around the people they value.

Nearly a third of Australians surveyed (32%) feel a strong sense of belonging to their community. The survey showed evidence that this connection is part of what makes and keeps people happy. Those who do not feel strongly connected scored lower rates of wellbeing.

Similarly, Australians who regularly and actively contribute to their community reported significantly higher wellbeing. People who rarely contribute had higher levels of loneliness and negative emotions.

Two in five Australians (40%) reported they often or always seek new experiences that broaden their world. The study found that people with a broad world view and interest in new activities have higher wellbeing.

The Compass for Life survey was commissioned by the Australian Psychological Society and developed in collaboration with the Centre of Positive Psychology, University of Melbourne, and Roy Morgan Research.