Home Care Services With A Kick

A lifetime of achievement that was assisted by home care packages

Roger O’Brien first joined Croydon Football Club as a 14 year old, first played in the seniors as a 15 year old and won the Premiership in 1960. Aside from being a dashing figure on the field, he also went on to hold the record for the most games played in the Eastern District League. His love for the game and his footy club has been a large part of his whole life.

Fast track to November 2018 and Roger is the longest standing life member of his Club with 70 years of association. He still continues to attend the weekly games with his wife Dot.

At a recent MCG state ceremony award, Roger was one of a handful of people to receive a State Award for Achievements in Sport in honour of his life’s dedication to Croydon Football Club.

An even bigger surprise happened on November 20, when Roger was announced as the winner for the National Award for Contribution to Sport presented by Steve Quartermain. Roger’s biggest fan is his wife Dot, and they are both honoured that Roger has received this award for doing what he loves.

Care Connect congratulates you Roger for your achievement and for continuing to do the things that keep you happy at home. 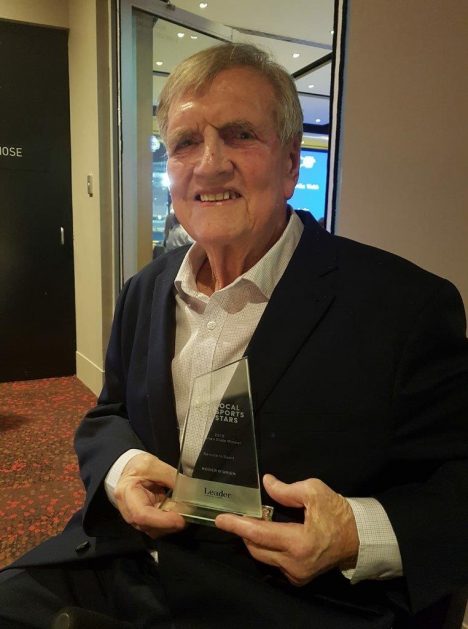 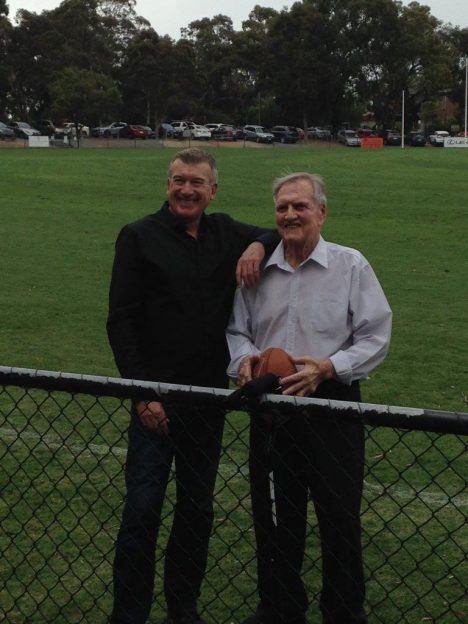