Nothing can hold David back!

Mandy [Care Connect Care Adviser] is there to answer my questions. I’m not just a number at the other end of the phone, and she offers assistance and advice – David, Victoria

David is the type of person you could sit with and listen to for hours on end. The many stories and experiences that have created his colourful life are fascinating to say the least.

David started out as a young police officer in Wangaratta, Victoria, but just three days after getting married, took up an opportunity to pursue chiropractic studies in the USA – a brave move for a young Australian couple with no family or friends where they were going.

After graduation, they returned to Australia where he experienced quite a resistance toward the ‘new’ practice of chiropractic. With a young family, he struggled to establish the practice which he had hoped for.

It was during this time that David was invited by one of his American lecturers to work in a hospital in Sicily. It would mean relocating to another country again.  David took up this appointment and during his 18-month tenure he was made manager of the hospital floor.

On his return to back to Australia, David started working as a chiropractor.  His teenage boys were involved in basketball, and with this as a catalyst, it made sense for David to get involved with the game in whatever way he could. With his sporting talents widespread, David also played, captained and coached local cricket—he even opened the batting with Bill Lawry at the MCG!

He accepted an appointment (made by Gus Mercurio) to work for the Australian Boxing Federation. He became the Federation’s Australian President, and eventually also sat on the Boxing Control Board.

In 2007 David suffered a stroke. It was so severe that the doctors didn’t know if he would make it through the night—and if he did, they couldn’t be certain he would have the capacity to walk again.

Being the strong person he is, David indeed made it through the night and continued to work hard during his six-months of rehab “I’m not leaving here unless I can walk out the door!” he said … and that he did, holding his granddaughter’s hand for a little support. 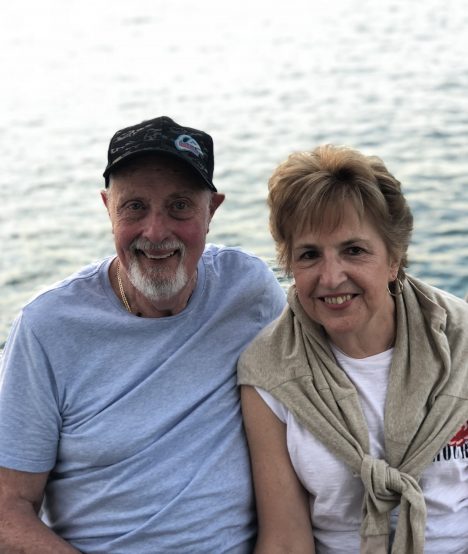 His strong drive to be active and involved was limited at first as he can no longer hold a driver’s licence, and did not want to further burden his wife with being his driver.

The choices he has made with his Package, has made a huge difference to his wellbeing. It’s provided the opportunity for David to be part of his community as well as achieve odd jobs around the house, and go to the gym when he wants.

David is thrilled to have the personalised care and attention from his dedicated Client Adviser at Care Connect. “Mandy is there to answer my questions. I’m not just a number at the other end of the phone, and she offers assistance and advice. Doris and I will often be talking about something and we will call Mandy to talk about it, and seek a second opinion.”

It would be difficult to imagine a life in which David could not pursue his joy in helping others. With the guidance of Care Connect, and a determination to do more, he finds comfort in the choices that he gets to make for himself each day.

Having this support helps David to be a support to others, in particular, he enjoys working with those who have recently experienced a stroke.  “That’s why I’ve been so involved. I don’t want to sit around. It helps to fill my time and do something positive for the community.”

If you’re like David and Doris and could benefit from a little, or more support at home, Care Connect can help.  From assisting with the application process to being a trusted independent adviser that has the expertise to help with planning, budgeting, and providing the care to keep you safe, Care Connect supports you so that you can continue to live happily at home, and in your community.